Some months ago my friend Capestranus told me he’d have liked to build a boat, but that it was obviously too difficult. Some time earlier than that I had become interested in boatbuilding as a craft I had never tried, and so had passed quite some time studying it, and so I knew that while traditional boatbuilding is not an easy task, and requires a trained person to teach you, there are modern methods that require little tools, and are quite easy. So I told my friend that it wasn’t as difficult as he was guessing, but it was an entirely doable work.

So we began building a boat! Alas we’ve had just one day per week to work, so the progress have been very slow, since we weren’t even using a kit, and by building from scratch it takes a while to just trace, cut and glue all the base plywood parts, but still we go forth!

The boat we’re building is an Eastport Pram, a quite famous model of norwegian pram, a Scandinavian fishing boat, that has the bonus of being short and having very shallow draft compared to its inner space, and we’re using the stitch and glue building method: it’s quite easy, you make the parts, drill holes for the wire, stitch them together (literally!), glue the seams and BAM, you’re done! 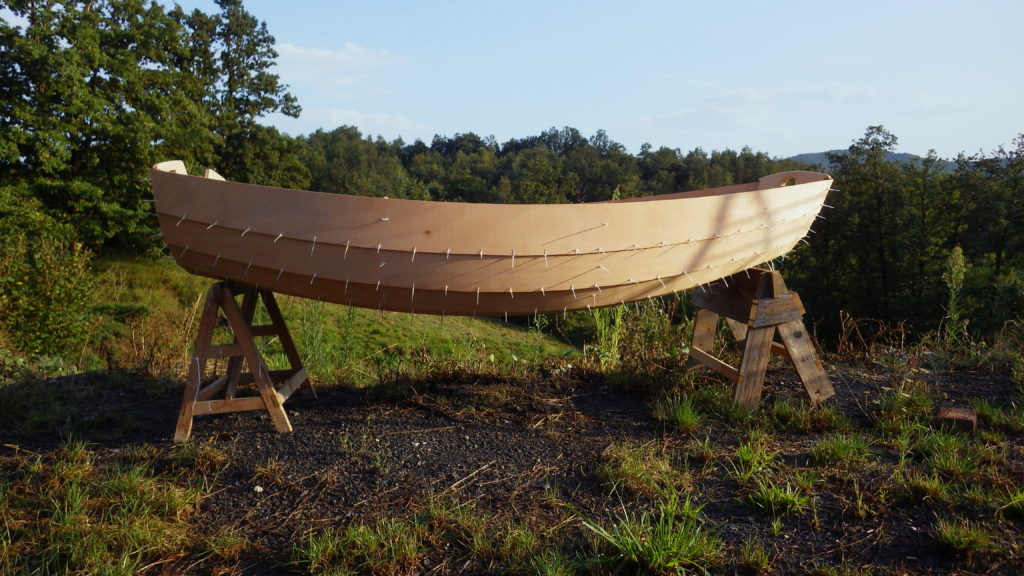