We have finished the walls on the sides, and the roof too is completely closed, now it needs to be covered. We’ve done most of the front and back walls too, but those have the top triangles that means we’ll have to shape very precisely a lot of purlins.
Meanwhile I took the best purlins I found in the stack and reshaped them to make the borders of the windows, so we put on all the windows, and with them on the shed is starting to look nice! We’ve put two windows on the south side and one smaller on the north side, towards the house. We decided to put another small window high on the back, so from inside we can see what’s going on up on the hill that is behind the shed, where there is a path, but we still have to go seek for the new glass pane, since I finished putting on the other windows today.
We have also finished putting on the portico’s roof the tar sheets today, so the next things we have to do are to put the tar sheets on the shed’s roof too, to finish and join the two doors that will be in the top of the facade, that we’re gonna use to put long things, like wood boards, on the supports under the roof, as a storage space, to finish the back wall, and then as last exterior work to do we’ll have to make the doors, that are one small on one side and one large, about 2 meters wide, on the front. Quite some work still to do! I had thought in the beginning that the longest and hardest work would have been to put together such a big and high frame, but it turned out it takes much more time making these apparently easier works, like putting purlins on the walls and roof, or preparing holes and borders for the windows. 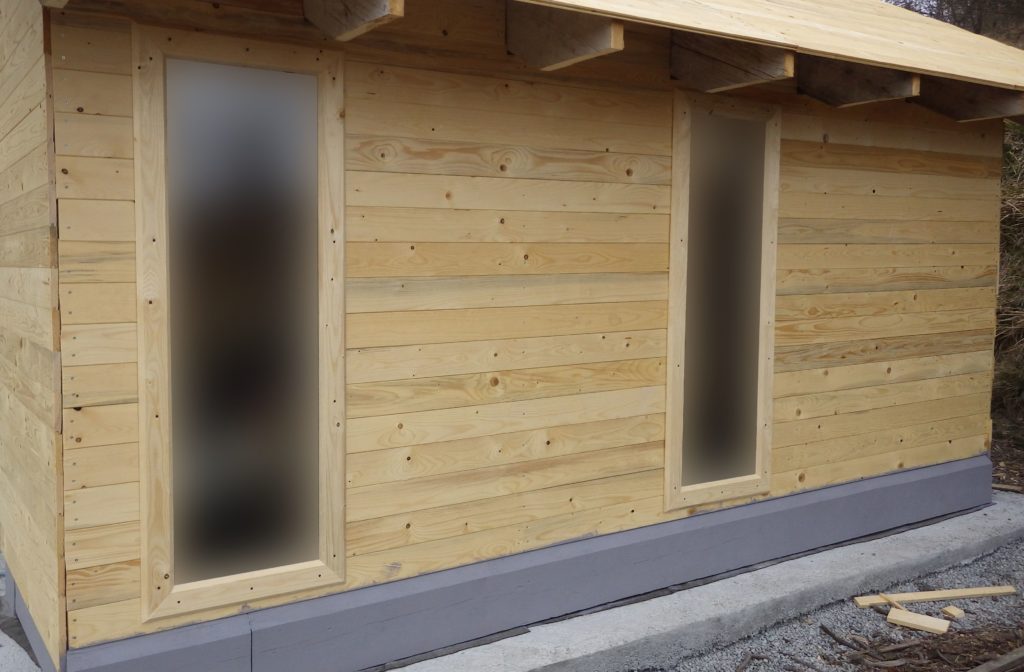 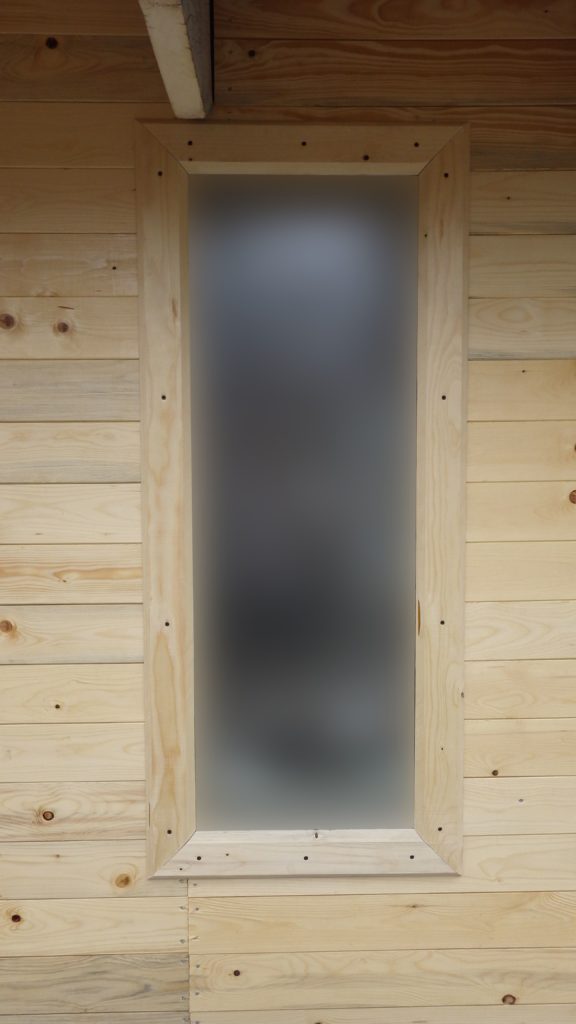